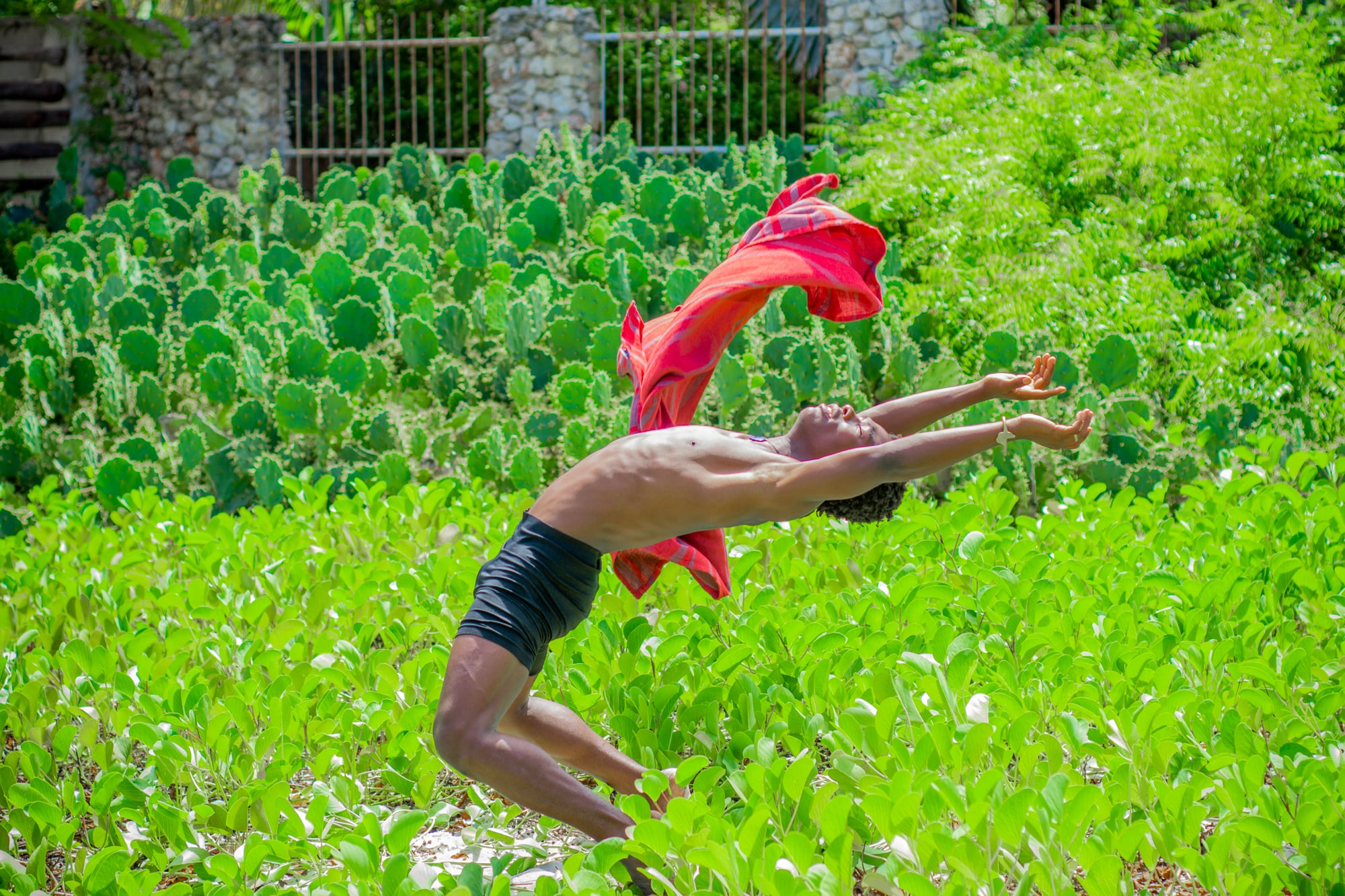 Tadhi Alawi (Tanzania) grew up in a strict religious family without any support toward art. In 2008 Tadhi Alawi discovered dancing for himself after watching a tape of Michael Jackson. Soon after the feedback on his ability to dance grew and friends encouraged him to make use of his talent. He started to attend several trainings in contemporary dance, traditional dance and urban dances. Since then Tadhi Alawi participated in numerous workshops and trainings, mostly facilitated by different well-known international directors and choreographers from Africa, the United States, Europe and Asia. The trainings and workshops treated various disciplines of dance and yoga. In 2016 he achieved his Diploma in dance at the MUDA Africa Dance School and 2019 after three years of Yoga teacher training he achieved his certificate of Africa Yoga Academy. Today, Alawi known as Tadhi Alawi is a Tanzanian performing artist, choreographer, yoga-instructor and co-founder – creative director of the Nantea Dance Company and co-managing director of the Contemporary Dance Night event in Dar es Salaam.

Chuma Chuma dance class treats a combination of different dance styles. It involves Tanzanian traditional dances and aims to fuse those with the act of finding ways towards movements that are speaking from the participant’s personal identity. Within this class I am not teaching how to only copy dance movements; instead I will assist you to find techniques to reach the point of discovering new movements within yourself. Chuma in Swahili means ‘iron’ or to ‘pick’. Both words describe the metaphor of the class: In a mean of breaking our boundaries of moving we are seeking flexibility and finding the ability of taking movements to transform them. In this class we will be allowing our bodies to compare and to pick movements in process. We will be combining and relating different types of movements, shaping them, playing around with them, melting them together and pushing our bodies into new movements. During the Chuma Chuma class a reflection technique of checking in and out will be used. It works partly as a ritual and as storytelling about the dance scene in Tanzania. At the same time a sharing of stories about traditional movements will be part of my class in the process of finding an individual dance identity. Q&A are a part of the class, especially for checking out of it. This type of class is created specially for dancers.