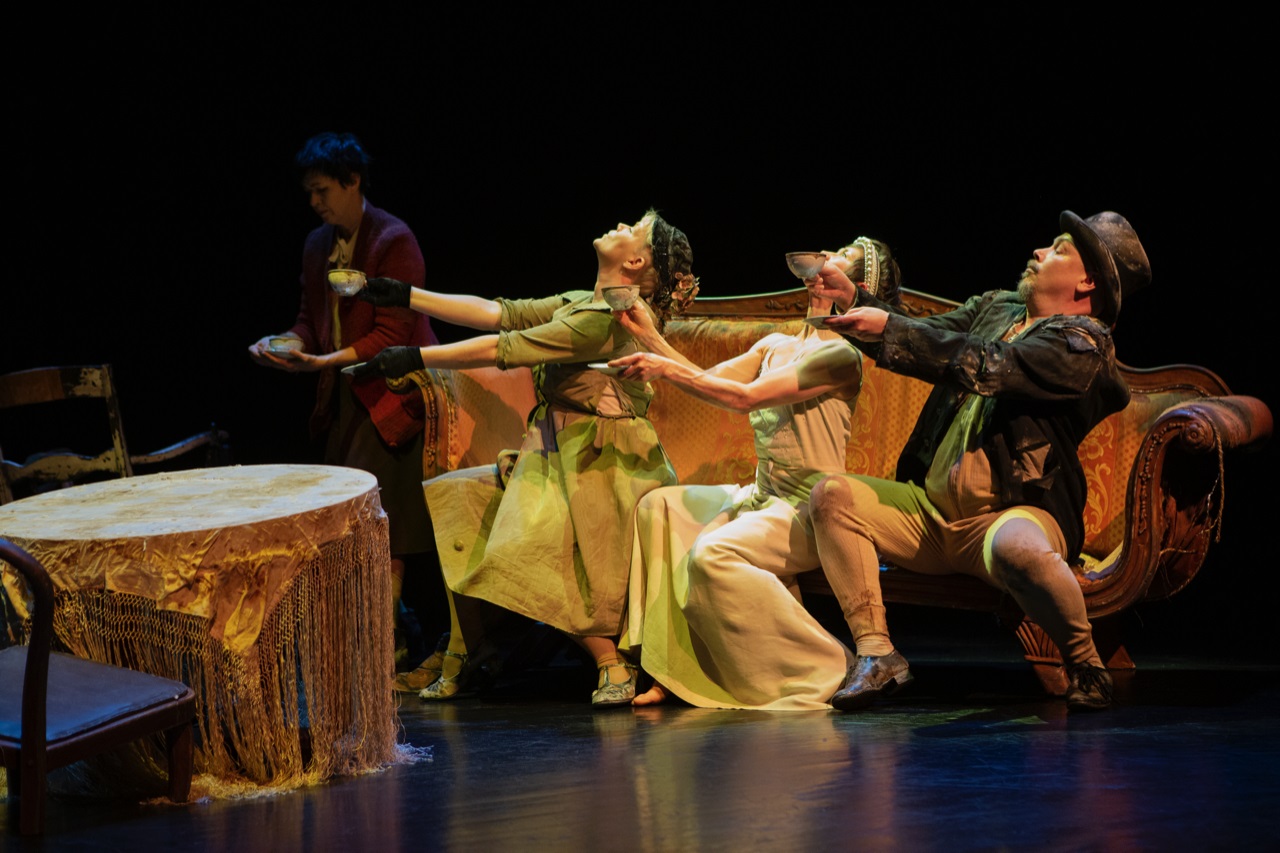 The Soiree (Juhlat) is a show about the fear of life, and about dancing on the ruins of the world.

The inward-turned world of four people is coloured by desperately clinging to the past: something has ended a long time ago, but they are unable to let go. Time drags forward unsteadily, and the four grow older in their dilapidated epoch. The Soiree is a dark, but humorous show combing physical and dance theatre. The tragicomic image of humanity depicted in the work draws inspiration from the heritage of Eugène Ionesco and Samuel Beckett.

Kauri Honkakoski practices physical theater. Their artistic roots are based in the art of pantomime. Kauri’s style is known for both its rich physical expression and its emotional intensity.

Kauri currently lives in Helsinki, Finland, but previously lived in the UK, where gained professional experience working with theater companies such as Theater de L’Age Fou and Punchdrunk in London, as well as working with the Helsinki City Theater in Finland. Honkakoski’s works have been shown in Finland, Great Britain, France, Spain, the Czech Republic and Brazil.