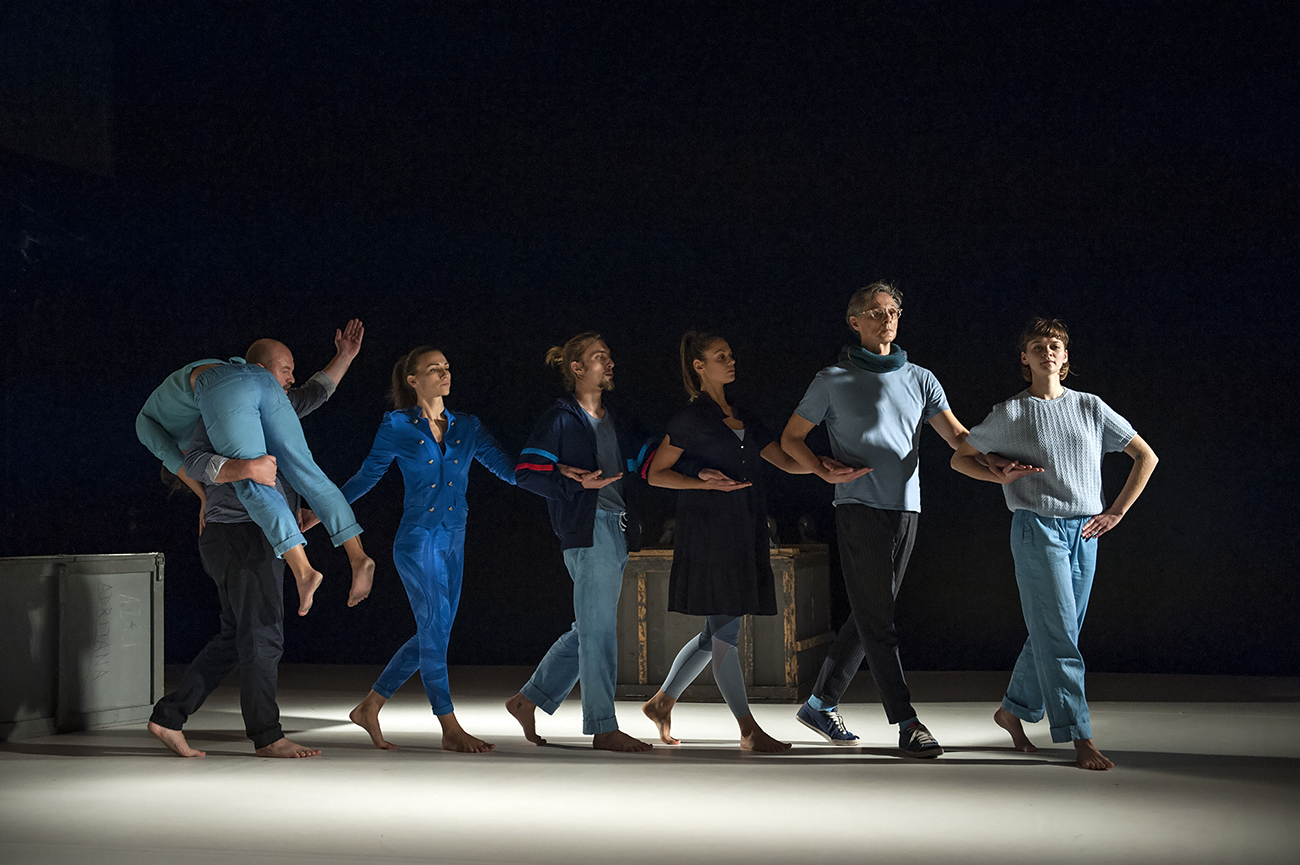 Kolo is a choreographic work, inspired by the Croatian traditional dances and customs, which rests on the question of whether and how folk customs survived as popular phenomena of modernity. The specialty of Kolo is the participation of very different performers: actors, dancers and folklore artists. The performance explores the impossible and absurd effort that all these different artistic expressions, embodied in other and different bodies, create a community that represents the original folklore community.  It is an exploration of theatrical and dance practice that focuses on time. The performance is conceived as a transcript of a pre-existing, primitive form of thought that relates to time non-linearly: therefore, the initial premise for performers is that there is no other time than the present, a time that is neither the past nor the future.

How and in what way do we recognize the lead-ringer, how do we exercise a community, is tradition only an undecipherable fossil, what is our heritage – those are some of the questions raised by the new dance performance by Petra Hrašćanec and Saša Božić titled Aching Wheel. The choreography emerged as the product of researching folk and traditional heritage and tracing back different patterns of ritual behavioral models found in our contemporary society. As the human community had been developing throughout history, customs related to everyday life, annual events or basic activities ensuring survival and gradual progress were passed from one generation to another. Those traditional customs passed from one generation to another have gradually turned into behavioral patterns and ways of living and acting but they also make an integral part of cultural identity of a particular local or broader community. Nowadays, when urbanization and industrialization processes have accelerated up the rhythm of life and made a significant impact on disappearance of older layers of traditional culture, outside of fixed formats of folklore performance.
Choreographic material was developed on the principle of deconstruction and insertion of traditionally recognizable folklore motifs at the same time examining different ways such recognizable motifs activate common dance patterns combined within a performance. Present day folklore performances are always created for the audience; paradoxically, Aching Wheel juxtaposes folklore and contemporary dance (in the performing manner) but it also takes it back to its original field: an activity on the community level. Ritual patterns, fertility invocations, and simple courting float in a bizarre attempt to exercise togetherness again.