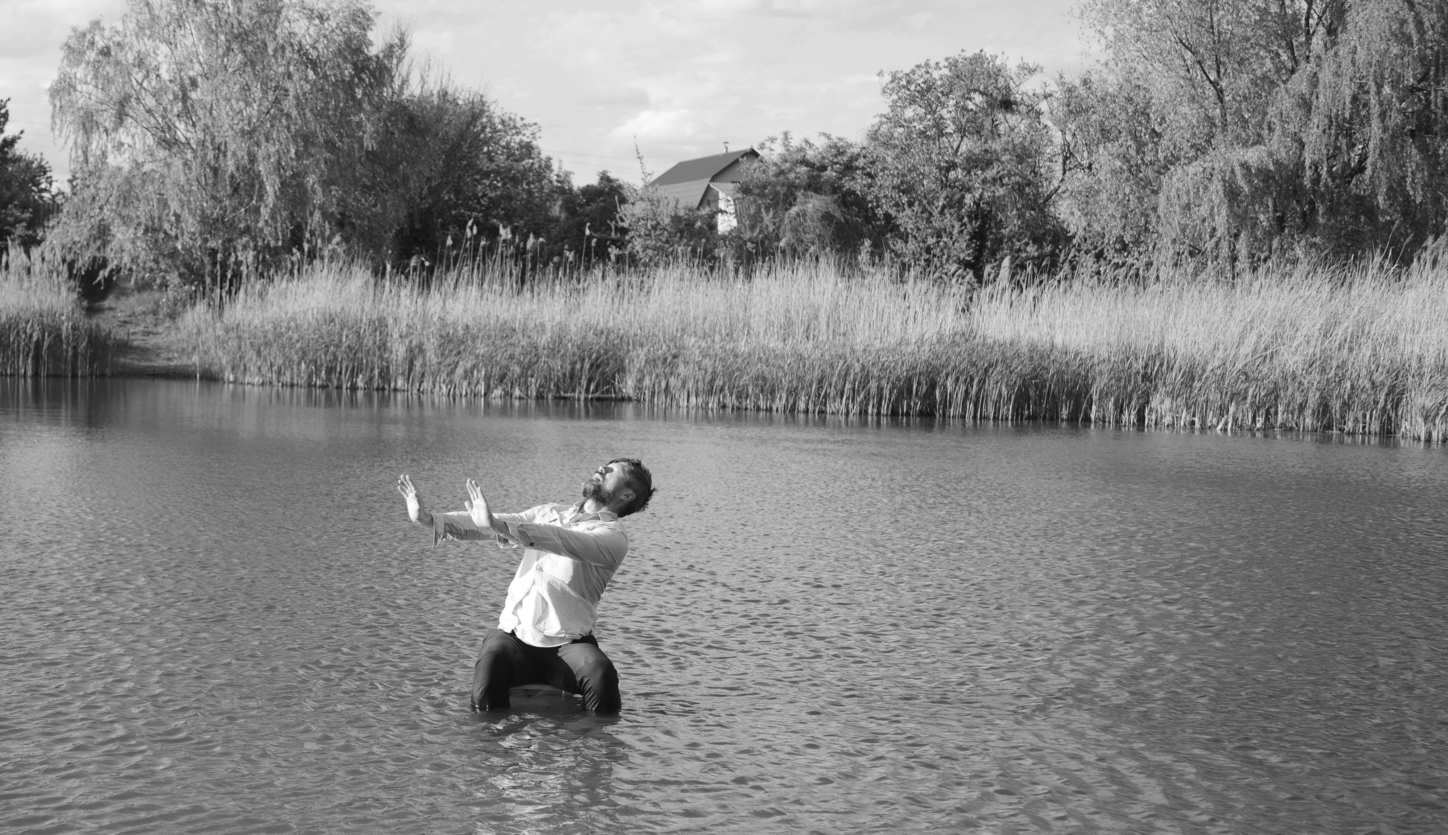 This project is supported by the 2022 GPS/Global Practice Sharing program of Movement
Research with funding from the Trust for Mutual Understanding.

On February 24, 2022, on the evening of the day when Russia began its war of conquest with Ukraine, I left Kyiv and went into forced isolation. Kyiv began to be shelled with cruise missiles and I moved to the village of Morozivka, 50 km from Kyiv. I thought life would be safer there.

A week later, the war was 20 km from the place where I lived. Around the clock we heard explosions and shooting, and a week later we got used to these sounds. Already in early April, Ukrainian Army drove out Russian troops from nearby villages and it became quiet here. Gradually, I began to regain mobility in my body and come out of the stupor. Then I decided to shoot a few videos of improvisations in order to look at the bodily transformations that happened to me from the outside. All the time before that, I felt completely paralyzed – I couldn’t force myself to move or do anything at all. The only thing I could do was write poetry – suddenly the thoughts and the feelings began to take the form of words.

When I analyze my perception of events and information during this time, I get the impression that everything has become completely black and white. Halftones disappeared and all people were divided into “friends” and “foes”. In texts, which I began to collect on Facebook, I was looking for these same halftones and the ability to feel. The ability to preserve the imaginative perception of the world beyond good and evil.

I felt it was important to capture this moment.

There was no one to help me and I had to organize all the processes myself – shooting, editing and writing music.

That’s how this movie came about.

Anton Ovchinnikov – multidisciplinary artist. He works as choreographer, performer, composer, lecturer, and organizer of the annual international dance festival Zelyonka Space UP in Kyiv. Graduated from Kyiv National University of Culture and Arts, MA. Since 2008 he is the artistic director of the Black O!Range dance productions company. The company was recognized as one of the most distinctive and original dance projects in Ukraine. In 2015 Ovchinnikov cofounded All-Ukrainian Association “Contemporary Dance Platform”. Since then he is the President of the institution. Main objectives of the Association are to support young Ukrainian choreographers, integrate contemporary dance into the modern cultural life of Ukraine and establish the national center of contemporary dance. In 2016-2021 Anton Ovchinnikov presented a few solo performances and created four multidisciplinary projects. In 2017 he was the fellow of CEC Artslink Residency in the USA. Since 2018 Anton Ovchinnikov is the member of the expert panel of Ukrainian Cultural Foundation.

And then, the war began…